My First Interview (Spoiler alert: It was scary) 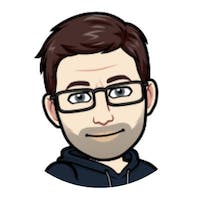 Subscribe to my newsletter and never miss my upcoming articles

I will never forget this experience. I was naïve, cocky, and felt really good about my skillset. You see, I had never been to an actual developer interview that you read about online. You know the ones-- whiteboard, code challenges, etc... Should I have prepared myself by researching how developer interviews go? Yes. Did I? No.

The company I was interviewing for was looking to fill a remote development position. I had to jump through, what felt like, one hundred hoops just to get on the phone with the hiring manager. There were math tests, writing/communication tests, and basic coding tests. I thought this was absolutely insane, but I kept pushing forward.

Things weren't going great at my current employment. I felt extremely underappreciated, overworked, and attacked. I had the mindset, which I argue is what gave me the confidence to interview in the first place, of "I don't need XYZ Company. I am valuable anywhere. If they can't see my value, then I will find a company that can!" Here I am, on the phone with the hiring manager and I feel like things are going fantastic. It was basic personality and "how would you approach this problem" type of questions. I felt I got a long with the hiring manager really well. At the end of the phone call, he wanted to schedule another phone interview with a larger group. Great! Right?

Onto the second interview, it got a little more technical. We started talking in "programmer speak" as my friends and family call it. This was all new to me -- I've never been able to speak out loud to someone about programming. I was the only one at the time who did what I did at that current job. It was hard to bounce ideas off of others because I had to simplify everything because no one understood what I did. At the end of the call, we all said our goodbyes and the hiring manager said he would call me tomorrow to talk next steps.

Next steps? I knew I had this job. After the amount of tests I took, the phone interviews, how well everything went... I had the job. Or so I thought.

Next day, the hiring manager calls me. He would like to fly me to one of the main offices in Texas on their private company jet.

I was completely filled with excitement.

I asked what I would be doing in Texas. While I was excited and thought this was a job offer, I thought maybe he forgot I was applying for a remote position. He confirmed that he would like to do one last interview with me in person where I will write some code for them on a computer. He recommended I bring my own laptop so I could project my screen for the group.

Group? Oh man... This is not what I signed up for. Coding in front of a group of who knows who...

I swallowed my fear and said "Absolutely! When can I fly down?"

Flying for an Interview

Fast forward to the day of the interview, I wake up at 4am to drive to the airport. Everything that happens after this just felt like a disaster.

The drive to the airport is about and hour and 45 minutes. I get to the airport and get through TSA and find my gate. Unfortunately, I couldn't fly on their private jet as the it was already booked for another flight that day. As I'm waiting to board, it seemed awfully foggy out. I was crossing my fingers that there wouldn't be a delay due to the dense fog.

After boarding, my nerves start getting to me. My stomach feels like I have butterflies, I'm feeling sickly from the nerves. It just wasn't a good combination. We sat on the plane without moving for quite some time -- it was an oddly long time and we actually went past the take off time. I decided I would let the hiring manager know my flight seems to be delayed as we had not left yet, but haven't had any word on if we were really delayed or not. I start typing up an e-mail and the pilot informs us that we've been delayed 1 hour due to weather at our destination. Crap. I finish up my email and let him know. I never heard anything back from him.

The pilot kept us updated and told us that if they don't let us take off soon, they're going to have us deplane. Can you guess what happened next? Yeah, we deplaned. As I sat down at the gate, I sent another e-mail to the hiring manager that we've been deplaned and I don't have an ETA. Still... I never hear anything back from him.

A very short while after I sent the e-mail, they called us all back to the plane. Woohoo! We all get back on and the plane starts moving. and then stops. Pilot comes back on the speakers; We're delayed another 30 minutes due to weather at the destination. I email again. No response. At this point I feel like I should just stop e-mailing as I felt really annoying.

Eventually we make it up in the sky and land. As I turned my phone back on, I expected to see an e-mail from the hiring manager. He still had to send me the details on who is picking me up from the airport and from where. Unfortunately, no e-mails. No responses to my delays, but there is a voicemail on my phone. I listen to it.

"Yeah, hi, this is and I'm here to pick you up from the airport for your interview at . I'm at baggage claim wearing a red jacket with khaki pants. I'm not sure if you're still planning on coming. Please give me a call back."

She had no idea the flight was delayed. I immediately call her and she picks up. She was in her car headed out of the parking lot. She had assumed I was a no show and sounded pretty annoyed, but she understood after I explained everything. She sounded less annoyed at me and more annoyed at the hiring manager. But, she was finally able to find me and I hopped in the car.

We get to the office and she takes me on a quick tour of the cubicles where a lot of developers work and then placed me in a conference room with glass walls. I patiently waited for the individuals who were to be present. Some were in meetings, some had gone to lunch... It was completely embarrassing even though I couldn't help the situation.

Finally as everyone was in the room, the interview starts. I'm introduced to everyone, everyone was a manager or above. Very intimidating, but overall everyone was very friendly and approachable. It started as a bunch of standard interview questions and then it went into the coding portion. Except... I couldn't use my computer. I had to use a whiteboard. I thought that was incredibly weird -- why would you want me to write code on a whiteboard? Little did I know that this is what usually happens.

So I start solving programming questions on the whiteboard, except I'm extremely flustered. I would screw up, erase, start over, erase... I felt like I was a monkey in a cage and everyone was just watching me. The problem that threw me off the most was "fizz buzz" I had never heard of it and didn't really understand what they were asking me to do. I did get through it, albeit messy.

Where it really goes down hill

Then the last part of the interview was them displaying code on a projector screen and I had to tell them what was wrong with it. Simple! I was wrong. It wasn't simple. Actually, I take that back... it was simple, but so simple I didn't realize what was in front of me.

They provided me with a piece of code that wasn't working. They showed me in a huge block of code which piece isn't working by putting it in a comment block. They asked me "What is wrong with this code? The customer states that nothing is happening when they click the button that calls this function." I'm reading through the code, although I'm really annoyed that they commented it out because there was no syntax highlighting. I conclude that I don't know what is wrong with it and the code seems perfectly fine so there must be something somewhere else in the code that is causing the issue. They then proceeded to look at me like I was the stupidest person ever.

Did you guess what the problem was? It was commented out. I told them I misunderstood and thought they commented it out to show me that was the block of code that is having issues. They all chuckled a little and then wrote in their notebooks. I thought for sure I was a goner and I blew this whole thing.

After everyone had left the room, except for 2 people, they told me they would like to take me out to lunch. I accepted but said I need to make sure I make my flight back-- they said they would get me to the airport and we would have plenty of time.

On our way to lunch, they were giving me all kinds of details on the company. Benefits, what equipment I'll receive in the coming weeks, and all things you would tell someone if they were hired. No one said I was hired, though... But, these two were the managers above the hiring manager, so surely this is a good sign right? Lunch went really well and overall I had a really good time visiting with them.

Fast forward to them dropping me off at the airport, it turns out I didn't make it in time and missed my flight. They were able to get me a flight at the end of the day and that meant when I landed, I wasn't going to get home until after midnight. It was such a long day.

So... Did I get the job? That's a good question... I never heard back. I followed up, no one ever responded. Months went by and I finally decided to call the recruiter from the company I worked with during the tests I had to take. Turns out, the recruiter had moved departments and forgot to call me before moving departments to offer the position to me. The hiring manager assumed I had not accepted and they hired someone else.

There was a lot to be learned from this experience. No, I didn't get the job (even though I kind of did??), but this interview prepared me for what is to come in the future. After I got home and reflected on this experience, I started looking up how software developer interviews typically go. I sincerely thought this whole whiteboard and "Fizz Buzz" challenge was unique to the company, but it's not!

Hopefully the chronicle of my first interview helps someone. Also... fingers crossed my next one goes better!